Do you know about the Transition Town movement? It feels like the logical step to me and I’m wondering if others feel the same?

Neither 219 GreenConnect nor CoThrive Timebank has ever had a revenue model. I have paid for hosting the 219 GreenConnect website and podcasting platform on my own since it launched in early 2011, the same year I helped re-launch Green Drinks in Northwest Indiana after a hiatus of several years. I have been unpaid in my timebank coordinator role as well.

To scale this work to the extent I want to and that I feel needs to be done, I believe it’s time to form a more official entity such as a 501(c)3 so that we could form an official board, apply for grant funding, etc. The first step toward becoming an official Transition Town is to schedule one of their trainings.

Here are the basics about what’s involved to host the training:
https://www.transitionus.org/training/be-a-host

Post-training, I would envision our website looking something like what Transition Media has. (Note: Media is a town in Pennsylvania, not “the” media):
https://transitiontownmedia.org/

I know how to do a crowdfunding campaign, but don’t even want to go there yet. I want to test the waters to see if people step forward who identify with this cause.

When I launched the timebank in 2016, our training was a bit premature. We didn’t have our “it” defined. We didn’t have leadership roles defined. I am grateful to everyone who supported the project financially and/or by attending the 2-day training session. When that session concluded I ended up feeling a bit alone at the helm — I have been the unpaid timebank coordinator since launching it in 2016.

Being a timebank coordinator is my favorite “job” I’ve ever had. And so as long as I was drawing enough income from irregular but highly paid training gigs, I didn’t worry about not being paid for doing the work. Now that the equation has changed, it is forcing me to determine a new path forward, one that is more sustainable for both me and for the timebank.

Researching some options, I came upon these 2 pre-recorded webinars, one of them by Linda Hogan who actually conducted the timebank training for us when we launched in 2016 and the other by a new friend Marie Goodwin. It seems to me that timebanking and Transition go hand in hand very nicely.

I have begun reaching out to a few people I think would be good to help me launch this. Transition supplied these qualities in the ideal candidates:

If you think this is you and you have taken the time to watch the videos and poke around the interwebs enough to learn about Transition, then please message me at kathy@219greenconnect.com to let me know and I’ll keep you abreast of what is developing. 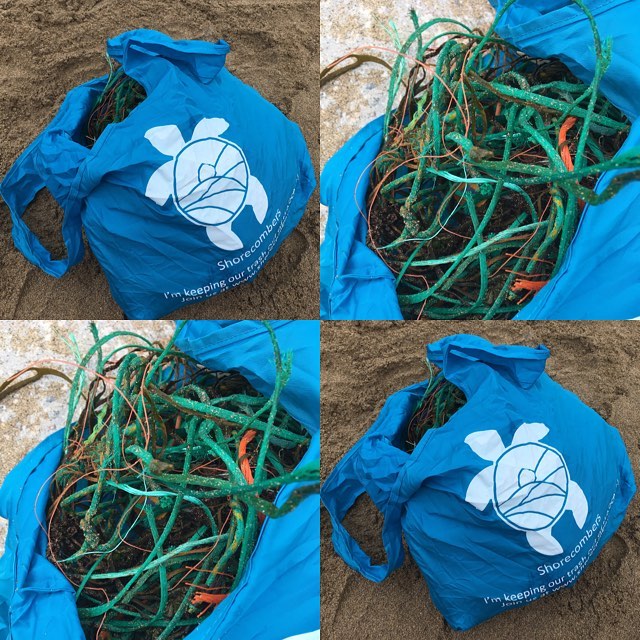 Shorecombers Helps Keep Trash Out of Our Waterways